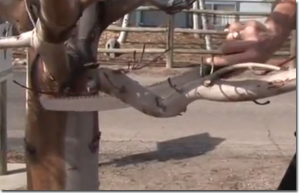 You may be one of many people in the Tri-Cities who isn’t quite sure about how to prune or trim your trees. Top Tree LLC is here to either show you how to do it or to take care of your trees for you. Here is what to look for when pruning your trees:

Start with the three D’s.

When removing any diseased branches or limbs, you will most likely end up with the diseased spores on your blade. You should keep a 10% solution of bleach or even lysol. You will need to disinfect the blade between each cut.

When removing branches or limbs from your trees, you need to keep in mind that the weight of the branch will want to drag the limb(s) down. This in turn could end up ripping the bark off the trunk. This will cause more damage than good.

Now, if you do not feel comfortable or simply don’t have the proper tools to do any of this pruning, we are more than happy to do any of this pruning for you. Also, if you have multiple trees to prune or just don’t have the time to do it, we are here for you. We can handle all of your tree pruning needs and services in the Tri-Cities (Kennewick, Richland, Pasco) and even West Richland. We look forward to being your preferred tree maintenance provider. 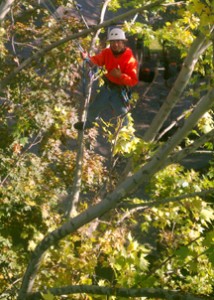 The City of Pasco has a pretty extensive section to their ordinances pertaining.  However Chapter 12.12 is what you will be looking for if you live in Pasco and have questions about the City of Pasco’s Tree Ordinances.

What looks to be one of the most pertinent pieces of Chapter 12.12 is 12.12.030.  This section states very clearly that the owner of any real property is responsible for the condition and maintenance of all vegetation on the portion of the public right-of-way.

Another very pertinent chapter is 12.12.070.  This chapter is relevant to the removal of trees and shrubs in Pasco.  If you live in the City of Pasco and are looking to remove tree stumps or shrubs, you will need to be aware of this chapter.  We can help you navigate any questions or concerns you have during your tree removal.

The next chapter (12.12.080) pertains to any nuisance caused by trees or shrubs.  Section 12.12.100 addresses any resolution to abate an identified nuisance.  This section shall not pass until the property owner is given 10 days notice.  At the time of this writing, the ordinance doesn’t specify whether it’s 10 calendar days or 10 business days.  However, they will mail a copy of the notice to the property owner upon identification of any nuisance.

Any fine or penalties that pertain to the City of Pasco’s tree ordinances are described in section 12.12.150.  At the time of this writing, failure to comply with any provisions of chapter 12.12 shall be subject to a fine that is not to exceed $500.  Any violations of a continuing nature shall be considered separate violations.

The City of West Richland has some pretty specific language when it comes to their tree ordinances.

Here is a summary from the City of West Richland website:

A. It is the duty of every owner, agent, lessee or other person occupying or having charge of or control over any property within the city to remove and eliminate those nuisances described in WRMC 8.16.030.

B. Whenever a nuisance exists as defined in WRMC 8.16.030, the chief of police or his designee shall cause written notice to be delivered to the owner of said property. The notice shall:

C. The city council, after notice as provided in subsection B of this section, may initiate by resolution, abatement proceedings requiring the owner to abate the nuisance. The resolution shall:

D. Notice of the lien herein authorized shall, as nearly as practical, be in substantially the same form, filed with the same officer within the same time and manner, and enforced and foreclosed on as provided for liens for labor and materials. [Ord. 12-87 § 1, 1987].